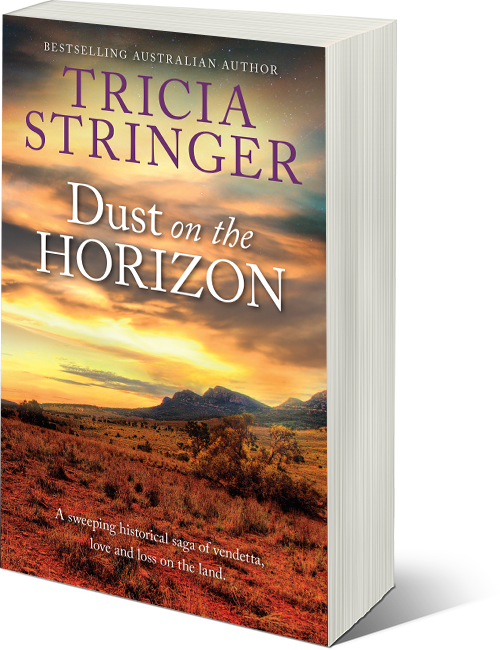 Dust on the Horizon

A stunning historical saga of love and greed, and the struggle to build new lives in the most challenging of landscapes, Australia’s Flinders Ranges.

1881
Joseph Baker works hard on his pastoral lease at Smith’s Ridge, in the beautiful but harsh land of the Flinders Ranges. For Joseph this lease, lost to his family in the early days of settlement, offers a future for his young family and that of his Aboriginal friend, the loyal and courageous Binda. Joseph is a clever man, but it is a hard land to work and drought is once more upon the country.

New arrivals to the small rural town of Hawker, Henry Wiltshire and young wife Catherine, open a general store and commission business. Unscrupulous but clever, Henry has plans to prosper from the locals’ fortunes, and quickly makes powerful friends, but when he throws Binda’s family out of his shop, his bigotry makes an immediate enemy of Joseph and a die is cast…

Then the dark force of Jack Aldridge, a man torn between two worlds, crosses their path. Outcast and resentful, he wants what Henry and Joseph have and will stop at nothing to take it.

As the drought widens and the burning heat exhausts the land, Joseph, Henry and Jack’s lives become intertwined in a way that none could have predicted. In their final confrontation not all will survive.

This sweeping historical saga takes us into the beautiful and brutal landscape of the Flinders Ranges and through the gold rush, following the fate of three men and the women they love. Men and women whose lives become intertwined by love and deceit until nature itself takes control and changes their destinies forever.